The web hosting industry is incredibly saturated with hosting providers, and so quality of service can often take a hit. Here are 5 warning signs that your host is becoming low quality.

This is quite an obvious point really. Downtime is simply not acceptable, and will mean people can’t see your website and what you have to offer – ultimately leaving a lasting poor impression. If you’re starting out, trying to give a good impression, this could cripple your site before it has even taken off.

Over-sold servers and poorly built or managed networks are usually responsible for these types of problems. Many times, web hosting companies will start out offering a great service, but gradually get worse over time as they take on more customers and become unable to cope with the demand put on their infrastructure.

However, there are also many occasions when it might actually be the fault of you and your site. For example, if your site is using a lot of CPU and memory, you’ll see the site slow down, and your web host may even get in touch to warn you. Good hosts will notice that your site is demanding lots of resources and upgrade you to a more modern server, either for free or by upgrading to a more advanced package with higher resource limit. The best web hosts out there will be able to cope with a sudden burst of traffic, but may of course recommend that you upgrade to a better plan in future.

It’s always worthwhile looking for ways to improve the performance of your website and the server it is on, since you’re better realizing you have a problem when you’re getting 1,000 visitors a month rather than 1,000 an hour! One of the first things to implement to increase performance is browser caching, using a caching plugin such as W3 Total Cache if your website is based on WordPress.

Just as bad as not being available at all, a slow website can be a painful experience for your users, leaving them frustrated with your website and likely meaning they won’t come back. The only exception here would be if you’re offering a unique product or service that isn’t available from elsewhere.Wait 30 seconds for a page to load, or click the back button and try elsewhere? Click.

As with downtime, over-sold servers are likely the culprit here. Unfortunately, budget (low quality) hosting is all about getting as many customers’ website’s as possible on a single server. If you only put a few sites on, you’ll be much less profitable than you would be with say 1,000 sites! However, if a web host is totally fixated on profit and nothing else, you’ll definitely end up in a situation where you have a slow site.

The higher quality web hosting companies who have been in the business for a long time know exactly how many websites should be on a server, and learn to spread the load over multiple servers so that a single busy site doesn’t affect all of the other sites on the same server. If your web hosting company doesn’t seem to have mastered this, you should probably look elsewhere.

Unfortunately, especially with intermittent issues, it can be a while before you realize your website is having issues. Even if you display an error message asking visitors to contact you, they’ll likely just leave the site without getting in touch. To avoid problems going unnoticed, you should use an uptime monitoring service such as Pingdom.

3. Excessive prices for no clear reason

One important thing to note when it comes to web hosting is that you should never just choose the cheapest web host and hope for the best. This might be a possible last resort for a site you’re just using as a personal blog which only gets a few hits each month, but if you run an important website which receives many hits or makes you money, it’s definitely worth investing a little more to get a much better quality of service. There are many occasions where hosts will charge excessive amounts for no apparent reason.

A few web hosting companies haven’t changed their specs or prices over the years as hosting costs have plummeted. Their costs have decreased but they’ve found it’s more profitable to keep renewing their existing customers, milking the cash cow, instead of trying to compete.

Local ISPs and phone companies often have low specs and high prices. They target businesses who don’t know what web hosting should cost. Sometimes their higher prices are justified by having a local presence, personal support and extra hand-holding for people who need it. It can also be good to support your local business instead of that faceless mega corporation. But there is such a thing as exploiting the ignorance of local business people, so if you think you’re being ripped off, take a look around and ask if you or your clients are really getting value for money.

Hosts which offer great support usually have loyal customers as a result. Unfortunately, many web hosting companies treat support as yet another cost and overhead which can be reduced. Staff which provide terrible support end up with frustrated customers who don’t stay around for long. Bad support is so common that speaking to a real knowledgeable person who answers your questions and solves problems is becoming a novelty.

Some of the best web hosting companies out there try to reduce their support costs by writing helpful content on their Wiki/FAQ area, such as ‘how-to’ guides and The best web hosting companies have reduced their support costs by trying to make things obvious, fool-proof and providing well-written FAQs and How To guides. Reducing common questions leaves support staff with time to properly answer the uncommon questions. The worst, low-cost web hosts simply hire cheaper staff as ‘bodies’, giving them canned answers to the most common customer questions.

If you’ve been let down by poor quality technical support, especially if they left you hanging with your websites down for a long period of time, it’s time to more on and look for a better host.

Running cutting-edge software can often be a compromise between having a stable and reliable platform. But many hosts are too conservative, and leave their customers with heavily outdated software which is full of issues. Examples of this are PHP5, which was released in mid 2004 with a major update in late 2005, and MySQL 5, which was released in late 2005. If your web host doesn’t offer them because they are “too new”, but you need the latest versions of these software to make your application work, it’s time to move to a better host.

Many web hosts are stuck in the dark ages, refusing to update software for the fear that something might go wrong. On the other hand, more modern web hosts test new versions of software and introduce them on a sensible timetable, providing what their customers need, without having the risk of something going wrong.

When considering a web hosting company, there are many factors to consider. If you’re not 100% happy with your current host, and feel there’s room for improvement, you could try to contact them first to see if there are any improvements they can make. If doing this doesn’t resolve your issues, there are plenty of other web hosts to choose from. Recommendations from friends, and genuine hosting reviews are a good way to find which hosts are best for your needs. 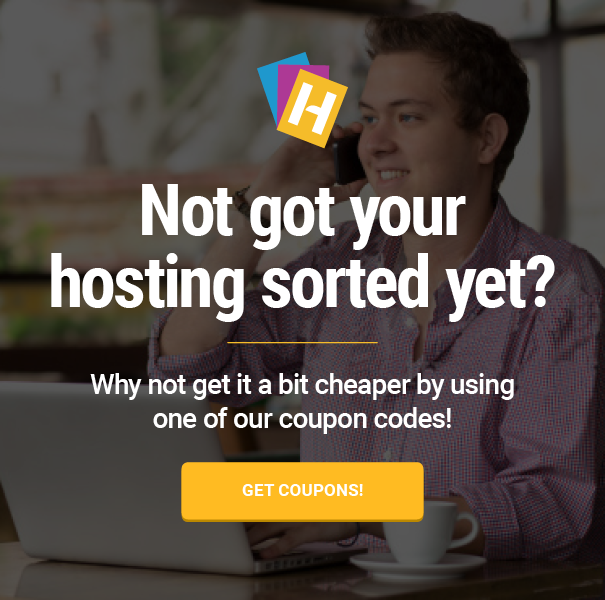